(A Readable) History of the Stock Market – Part I

When you think of the stock market, what comes to mind? The Dow Jones? The S&P 500? Mutual funds and bonds? Maybe you think of movies like Wall Street or The Big Short. Or, perhaps you think about your 401(k) and all the time and energy it took to build that retirement savings.


Regardless of what comes to mind, one thing is for sure: the stock market is truly complicated. It is a complex network of money, the same pieces of paper (actually, cotton) that we use to buy food, electricity, gas, medicine, iPhones, and even this digital page you are reading.

Currency is central to our lives. In a similar sense, to understand the stock market better, we first need to understand money better. Before the stock market, there was simply banking. At the core of banking is the American Dollar. Our country’s lineage is in England, therefore it isn’t much of a surprise that the American Dollar’s lineage essentially begins there as well.

Do you remember King Charles I from history class? Probably not. He wasn’t spoken of that much due to the fact that he inherited a lot debt. To add insult to injury, he himself wasn’t terribly good at managing money. In 1640, things became so bad King Charles I seized gold coins leaving the mint that were intended to be delivered to the Crown’s major creditors: the goldsmiths.

King Charles I eventually paid it all back; however, the people had lost faith in their government’s ability to manage the country’s monetary affairs. The goldsmiths of that time realized an opportunity, the University of Exeter explains: “The realization by goldsmiths that borrowers would find them just as convenient as depositors, marks the start of the use of banknotes in England.” [1]

This was a major event in the history of banking as we understand it today. It was the first-time private businesses lent money. The government was no longer the only game in town. Goldsmiths and private banks soon became an everyday part of society. Both individuals and companies realized that borrowing money prudently was essential for growth. Commerce, development, and trade grew rapidly.

As currency continued to circulate more and more, so did counterfeit coins. By the mid to late 17th century, the British government was in dire need to stop the counterfeiting to keep the stability of their monetary system. Scotland Yard did not call on Sherlock Holmes to investigate, but rather Sir Isaac Newton, the physicist and mathematician that defined the basis for how we understand and interact with the natural world (yes, the “falling apple” guy).

It is not commonly known that he also had a profound impact on the world of finance. He was 54 when he became the United Kingdom’s Master of the Mint, serving from 1699 until his death in 1727. Through his understanding of matter, he standardized gold coins. This revolutionized commerce. Based on Sir Isaac Newton’s recommendation, King Charles III adopted the gold standard.

The gold standard simply means that a currency can be exchanged for actual gold. It proved that coins being traded were actually worth something. The gold standard was the backbone of commerce for the next 200+ years. In honor of his influence, the British two pound (£2) coin has an inscription from a letter by Sir Isaac Newton referencing the debt he owed to other scientists: “If I have seen further it is by standing on the shoulders of giants.”

Thanks to the consistent and reliable nature of standardized currency, economic development grew at an astounding pace. If not for the standardization of money and the inception of private banking, we would have not experienced the Industrial Revolution to the same magnitude as we did. Banking soon made its way to the United States.

In Part II we will talk about how banking gave birth to the New York Stock Exchange — the most valuable marketplace the world has ever seen.

Investment advisory services offered only by duly registered individuals through AE Wealth Management, LLC (AEWM). AEWM and J Biance Financial are not affiliated companies.
Investing involves risk, including possible loss of principal. No investment strategy can ensure a profit or guarantee against losses in a declining market. Insurance and annuity guarantees are backed by the financial strength and claims-paying ability of the issuing company.
Our firm does not provide and no statement contained in the guide shall constitute tax advice. All individuals are encouraged to seek the guidance of a qualified tax professional regarding their personal situation. 571276 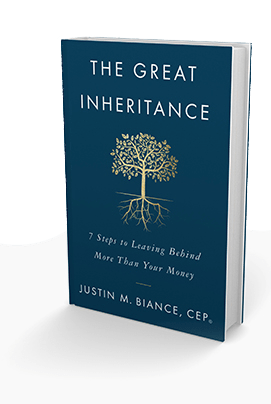